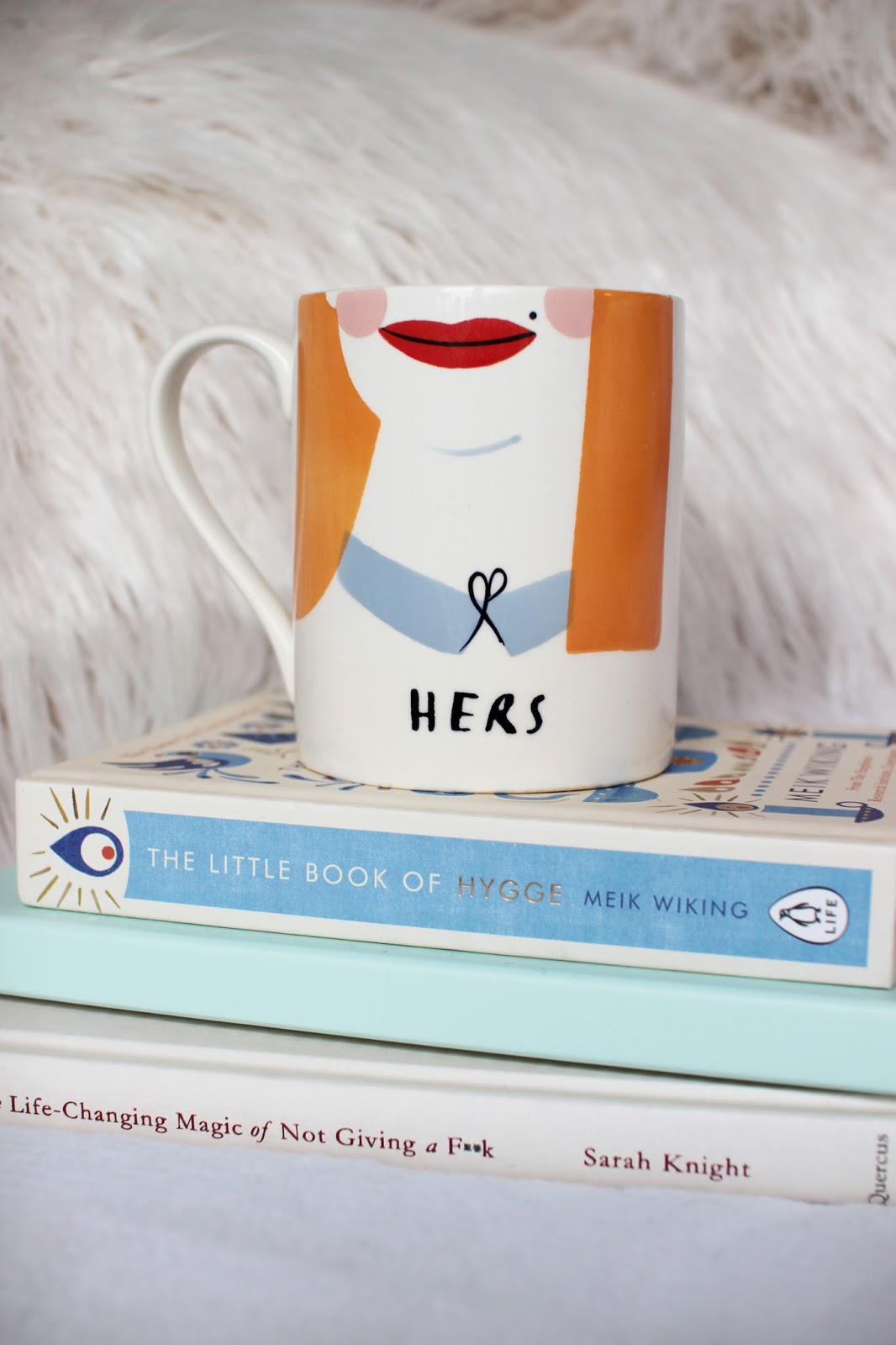 This one is going to be quite a lengthy read, so make yourself a cup of tea and get comfy.

You may have seen a recent post of mine, A Gentle Routine to Pick You Up When You’re Battling Endometriosis, so I thought I would do a follow up explaining my story.

When I was first diagnosed I didn’t know anything about the condition so I want to raise awareness, educate, and talk about my experiences so far. Additionally, I’m hoping this helps any one else going through the same battle or anyone who’s curious to know what the laparoscopy is like.

I was going to do a sit down chatty video, but I tend to find it easier to pour my heart and soul into writing. I feel like I’m not a natural talker, I can’t seem to articulate my points across well. However, with writing I can. The struggles of an Introvert eh.
I’ll start by briefly explaining what endometriosis is. (If you want a detailed summary, click here)

Endometriosis is a painful condition where tissue grows outside of the womb, it can appear in many different places including the ovaries, fallopian tubes, inside the tummy, around the bladder or bowel. Month after month, the tissue doesn’t shred and leave the body properly, it builds up and causes an endless amount of pain, heavy periods, bloating and can cause problems with infertility. It’s a long-term condition and sadly there is no cure for it. However there are hormone medications, pain relief medication or you can have a laparoscopy performed which will help ease pain and other symptoms for a while. As there is sadly no cure, the tissue will start growing again and repeated surgeries may be needed in the future.Endometriosis depends from person to person but the main symptoms to look out for are painful heavy periods, lower back pain, pain during sex and bleeding in between periods. It’s really hard to diagnose and so hard to figure out whether you have it or not, so I would advise all ladies to keep track of your periods and write down anything unusual happening. There are tons of apps you can download to keep track.

Flashback to 2014 where I was in severe amounts of pain on almost a daily basis, dealing with insomnia and being physically sick a couple of times each month.
There was one day in particular that really stood out to me and identified the problem.
I woke up in a huge amount of discomfort and pain, I had a sharp jabbing pain in my stomach and I felt really light-headed. I waited around twenty minutes for it to ease and then managed to roll myself out of bed. I started getting ready for work and then I collapsed on the floor and was viciously sick a couple of times (such a lovely sight I know). My body just went into shutdown mode, I couldn’t move for about an hour and I was screaming in pain.
Luckily Joe was still at home and he came rushing through into the bedroom to help (he was an absolute hero cleaning up the mess and holding my hair back when I needed to be sick, such a babe lol). He insisted that I didn’t go into work and also called my doctors to make an emergency appointment.
At this point I was dreading going to my doctors. I previously spoke about my symptoms over the years and got told my periods were normal, it could be constipation or IBS, so I gave up complaining about it and just accepted this was normal.
After speaking to a doctor I hadn’t seen before, I explained my symptoms and she thought it could be endometriosis.  So having someone take me seriously was a huge sigh of relief. 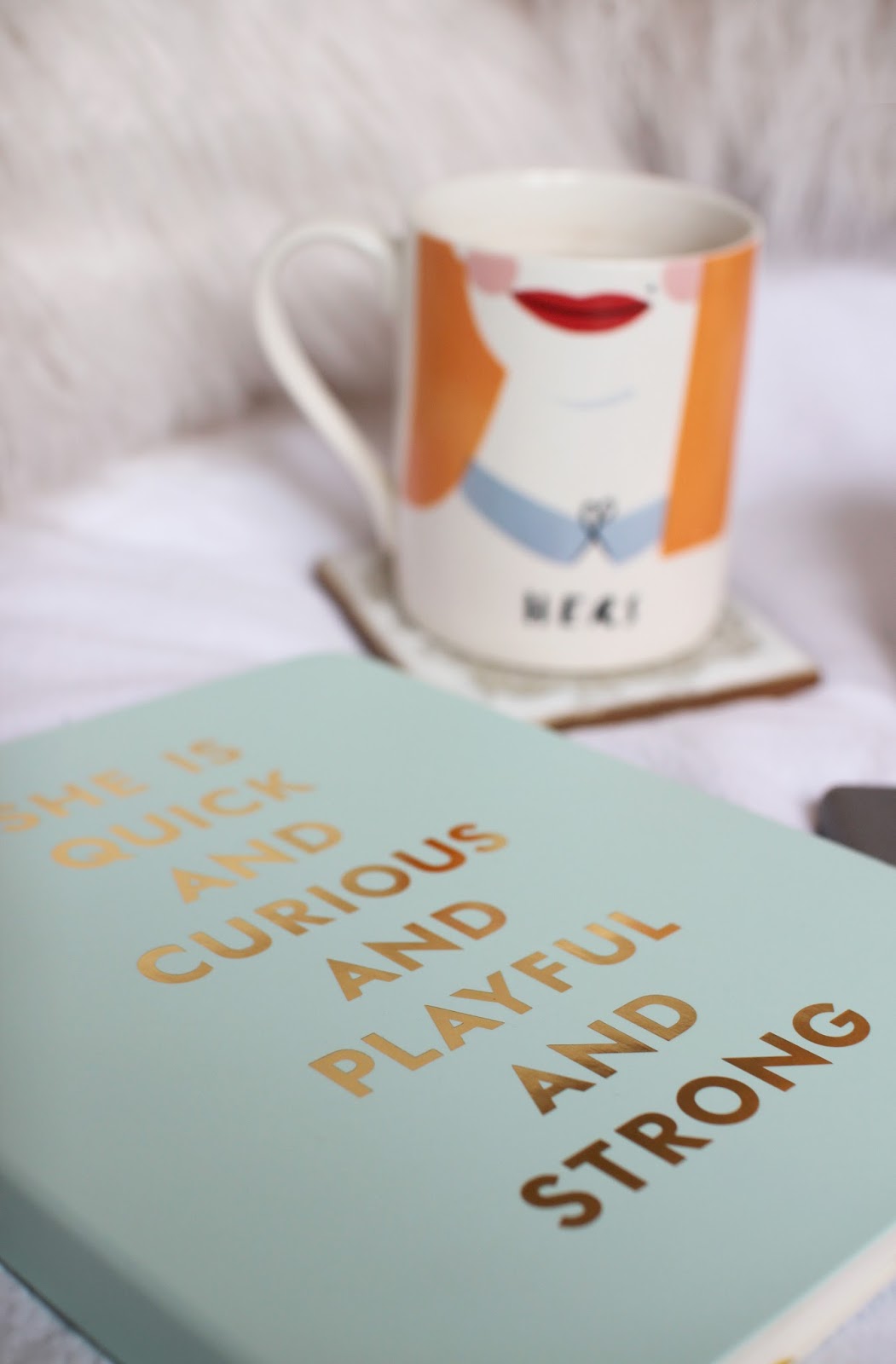 From that day, she referred me to see a specialist. I went for a few appointments and then I was referred to the hospital were they suggested I should have a laparoscopy (key hole surgery), as the only way to truly identify endometriosis is to have an operation. Once identified, the surgeon will either cut or burn away the endometriosis with a fancy laser.

Before going ahead with the operation, I had an ultrasound and I was told everything looked fine, normal and that I didn’t have endometriosis. But I didn’t feel ok, why was in so much agony all the time? I remember coming home confused and in tears not knowing what to do. Thoughts flooding through my mind, should I cancel my operation? What if I have the operation and they don’t find anything? Maybe this is normal and I should just suck it up.

I just knew something wasn’t right, the pain and periods were NOT normal, so I decided to go ahead with the operation back in early 2015, and I’m really glad I did.

Usually with a laparoscopy, you have the operation and then you leave the hospital the same day. My operation was said to be severe, I had complications during surgery so I spent four days in hospital. It was awful, I was in so much pain, I had drains attached either side and I had to ring a bell to have a nurse walk to the toilet with me, so humiliating.
Once I was discharged, it took me three weeks to to get back to normal duties and six weeks to fully recover and exercise again. Whilst recovering, I was on a course of co-codomol for the pain and experienced heavy bleeding for three weeks (TMI sorry).

I had a follow up appointment at the hospital six weeks later and I remember it being quite an emotional one. I was told that I have stage four endometriosis related to the bowel, they told me what they had operated on and that it will be highly unlikely that I can have children after the age of 30. I was 25 at the time and just burst into tears.  I didn’t want the option taken away from me. I felt a huge amount of pressure to have children at such a young age, yes Joe and I have been together a long time (four years by this point) but we just weren’t ready.
Since then, I have been on various types of contraceptive pills. Finding a pill was quite tricky for me as it needed to be a norethisterone pill (used for hormone replacement therapy, and in the treatment of gynecological conditions) and one that doesn’t cause problems with cluster headaches and migraines as I’m a suffer of those. Micronor was the one I was finally happy with.

Whilst being on the pill I experienced the usual bloating and pain, however less severe to what I had before. The good side to being on a norethisterone pill was that it had stopped the heavy bleeding, for a change I was having light but still irregular periods and I was ok with that.Over time the bloating was really getting me down, my hormones were all over the place and after reading horror stories about contraceptive pills I decided to stop taking it all together. 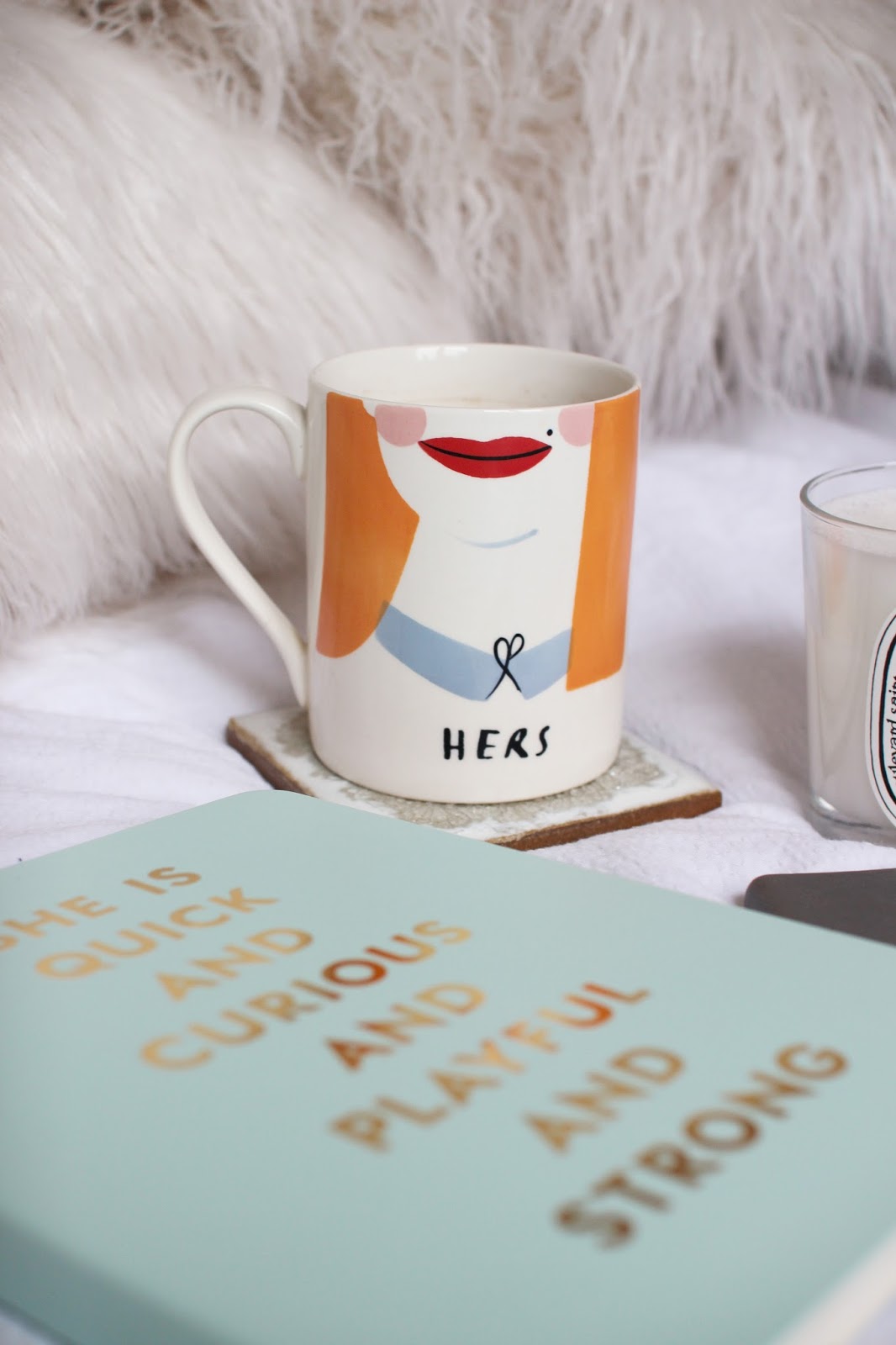 Since coming off the pill, my endometriosis has been a nightmare. There hasn’t been a day gone by where I haven’t felt uncomfortable, in pain or bloated. The sickness came back too.

A few months ago I was being sick every single morning for about three weeks and I didn’t understand why. I knew it definitely wasn’t morning sickness, so I thought maybe it was the nightly pills I had been taking for my migraines or maybe I was just feeling really anxious. Wrong, the endometriosis devil was back in full swing.

I booked a doctors appointment and she suggested referring me to see a specialist again. After a few more hospital appointments and blood tests, I was booked in for another laparoscopy.
I was a bit skeptical of having this done again after being told last time that if they were to operate on me again it would cause more problems than good, but the surgeon insisted this would be the best course of action as there will have been built up scar tissue and it’s possible that my endometriosis causing the pain and sickness has returned and needs to be removed.

I went ahead with my second operation at the end of July and to my surprise it was severe again. I had two endometrioma cysts on each of my ovaries, on my right I had a cyst the size of a mango (how cray), the other side was a lot smaller, I had the majority of the scar tissue and endometriosis removed and they identified adhesions stuck to my bowel which they didn’t remove as it was difficult. I stayed in hospital for three days, and was so happy to return home to fully recover for two weeks. When I was discharged, they gave me a course of painkillers and injections that I needed to do for seven days. 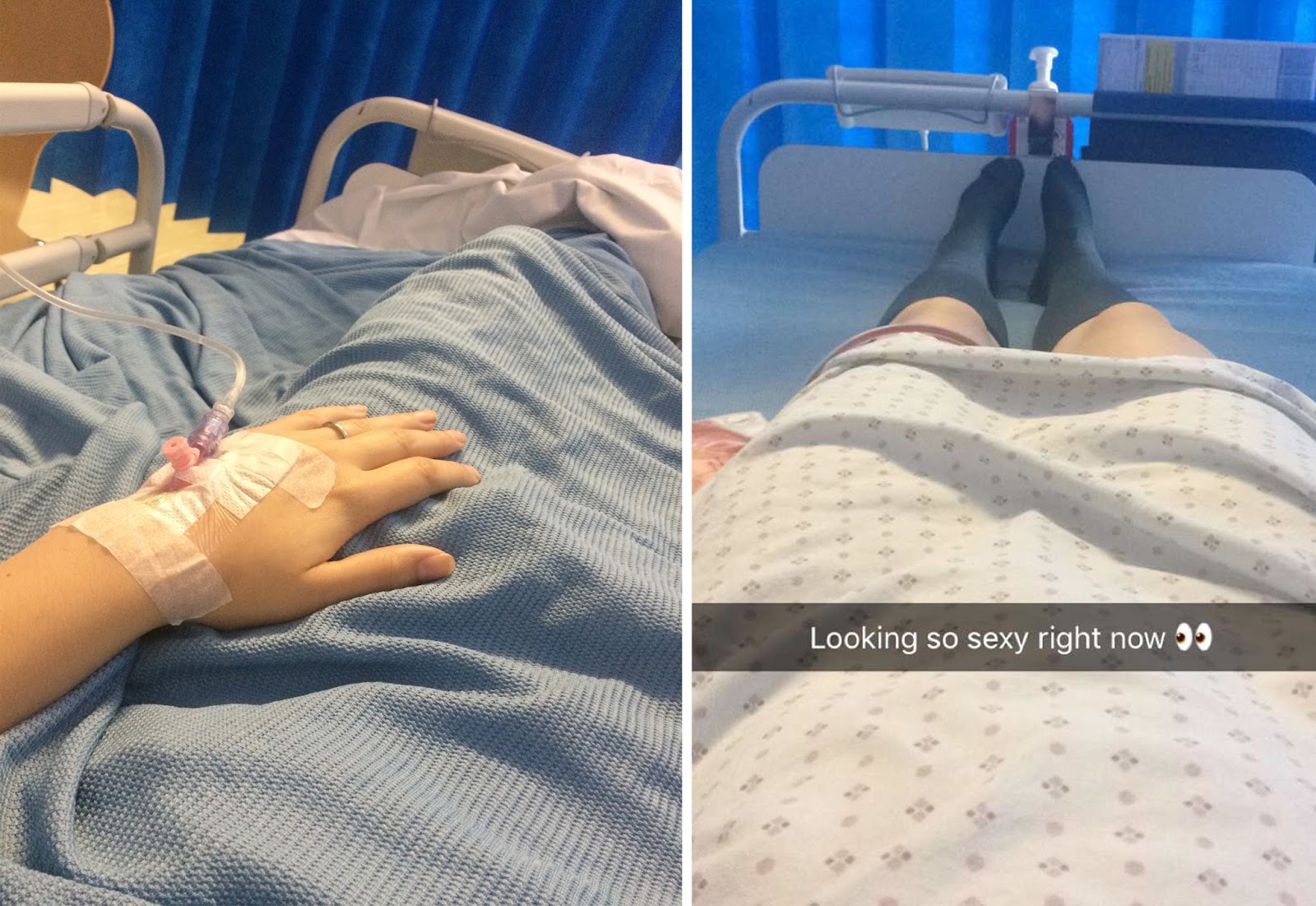 I was also booked in to have an ultrasound but weirdly they booked this after my laparoscopy. To be honest, I’m glad they made a mistake with this because from experience I found the ultrasound to be unreliable anyway.

As of now, I’m awaiting to see the specialist again in November to go over the details of my operation and what to do next.

So that’s my endometriosis story to date. If you’re interested I can do an updated version in a couple months time to keep you guys in the loop. 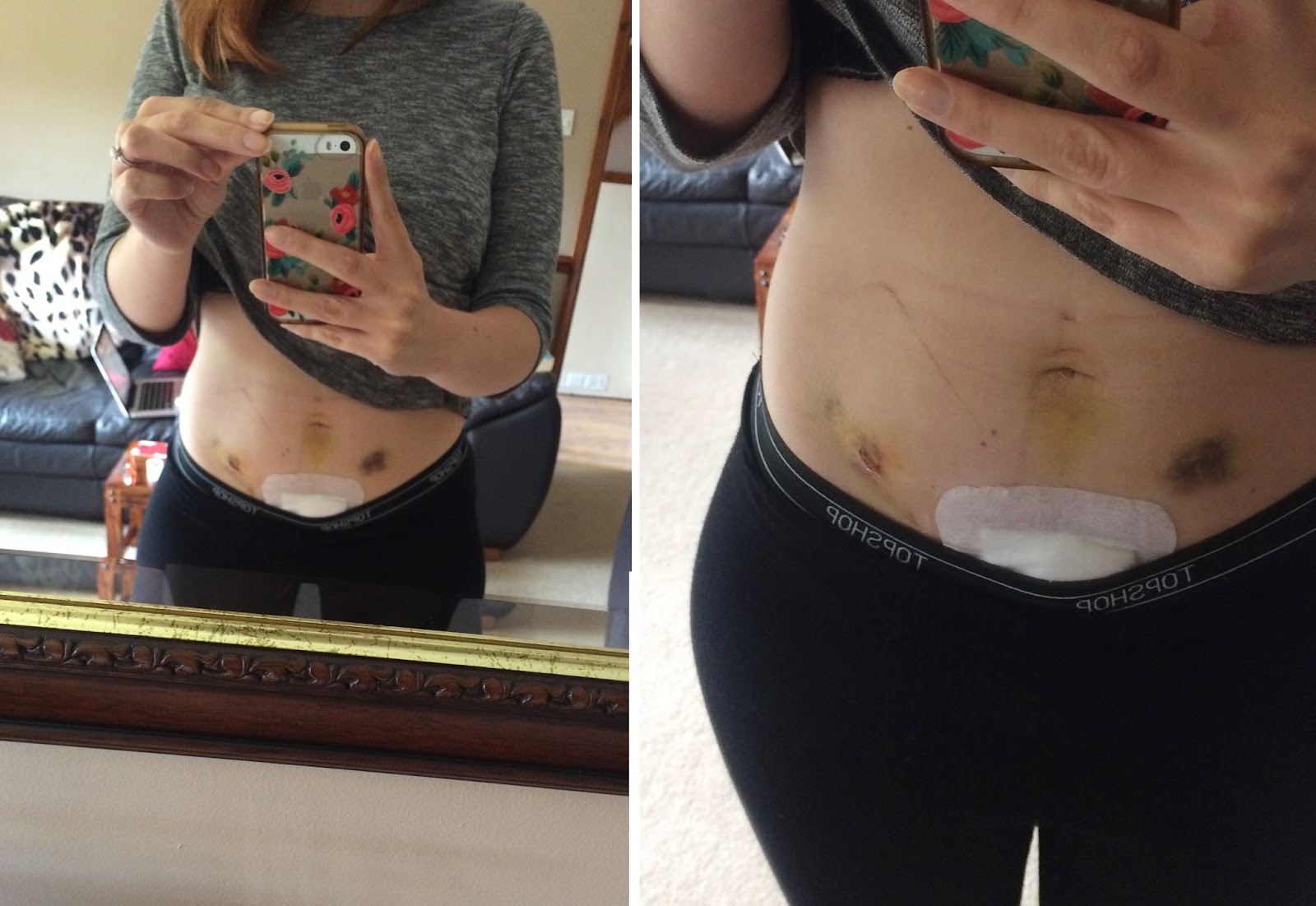 (Laparoscopy recovery after nine days – took bandages off belly button and left hand side incisions, however kept the bikini line incision bandage on for longer as it was still painful. The bruise on my right hand side was caused by doing an injection wrong… whoops).

From my experience it can take years to be diagnosed which is incredibly frustrating. If you’ve had an ultrasound and have been told everything is fine, don’t trust it and keep pushing for them to identify the problem.
I’ve done a bit of research and a lot of people have experienced negative ultrasounds which has put people off going for a laparoscopy. I personally think that’s awful that an ultrasound can’t accurately see what’s going on and is sending out confusing messages to endometriosis sufferers.
The only way of knowing if you have endometriosis for sure is to have a laparoscopy, which I strongly advise getting as it puts your mind at rest and the condition is officially identified.

I hope this was somewhat helpful to at least one person! If you have any questions, want to private message me or are going through something similar do get in touch :).