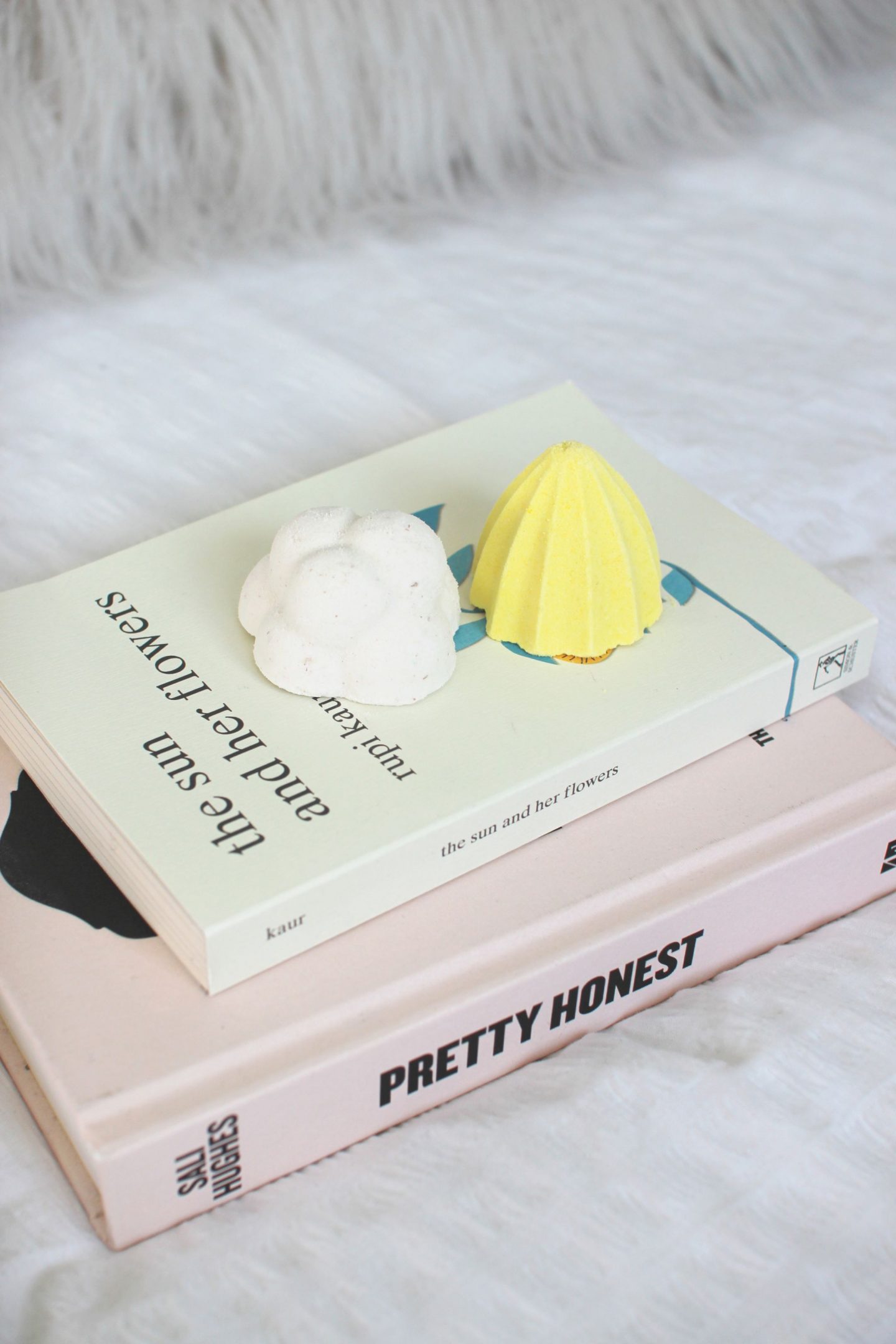 As you may know I’m a huge Lush fan! I think their products are amazing – from their skincare, bath bombs, spa treatments and body products. And, they keep coming up with really cool quirky ideas!

Last year they released Jelly Face Masks and this year they’ve brought out Shower Bath Bombs as part of the Lush Moods collection!

When I was at a Lush hen party in Oxford Street last week, we made a fresh face mask, had hand and arm massages, learnt lots of beauty myths (did you know, the whole claim of ‘anti-aging’ products is false, products will enhance and plump your skin but won’t reserve signs of aging and this is why Lush won’t claim any ingredients are anti aging as they don’t want to lie to their customers) and tried a bunch of products. Afterwards we got to roam around the massive third storey building to spend our £10 gift voucher!

So, there I was, intrigued by the shower bombs – they have four in total, Sleepy, Not Sleepy, Karma and Koyaanisqatsi. So, I picked up Sleepy and Not Sleepy. I’m a big fan of the Sleepy body moisturiser and the shower bomb smells exactly the same!

Not Sleepy Shower Bomb – ‘Uplifting Zesty Sicilian lemon, lime and Brazilian orange oils to make you feel happy and rejuvenated.’ The perfect one to wake you up when you’re feeling groggy!

Sleepy Shower Bomb -‘ Soothing lavender and comforting tonka foam with ylang ylang help you float off to dreamland.’ Shaped like a cloud and smells absolutely amazing!

The idea of these is that you begin running your shower, then pop one on the palm of your hands and soak under the water. It’ll begin to fizz and then voila, start foaming your body up.

I tried Not Sleepy this morning and felt awake and rejuvenated afterwards. The scents aren’t too over powering in the shower – it smelt slightly citrus, but once it hit the water I couldn’t smell much (maybe because I had a blocked nose?). It was really cool to see it fizz in my hands and then I enjoyed foaming my body with the yellow product.
I found it to be quite exfoliating too – it’s not like a soft moisturising shower gel, it’s like a slightly hard exfoliater with foam!

I also found there to be quite a lot of product to use (this is great if you like long showers), so next time I think I will cut it in half so I get two showers with one, winner winner chicken dinner.

I’m rather exited to try Sleepy, so, I will report back once I have tried that one too.

The Shower Bombs are priced at £2.75 each which isn’t too steep and I think they are a rather cool invention. What next Lush?

I think these would be great for a little treat at the weekend or if you’re going out somewhere nice. They’re also great for shower lovers! I’m more of a bath gal myself, but I have converted to showers in recent years.

I’d really like to see Lush bring out a rainbow version of a shower bomb, I think that would be just as impressive as seeing one of there bath bombs explode into a colour explosion.

Have you tried the shower bombs? Let me know your thoughts below!

You may also be interested in my other Lush reviews! My All Time Favourite Lush Staples here and Sleepy Body Lotion, a Natural Cure For Insomnia And Anxiety? here. 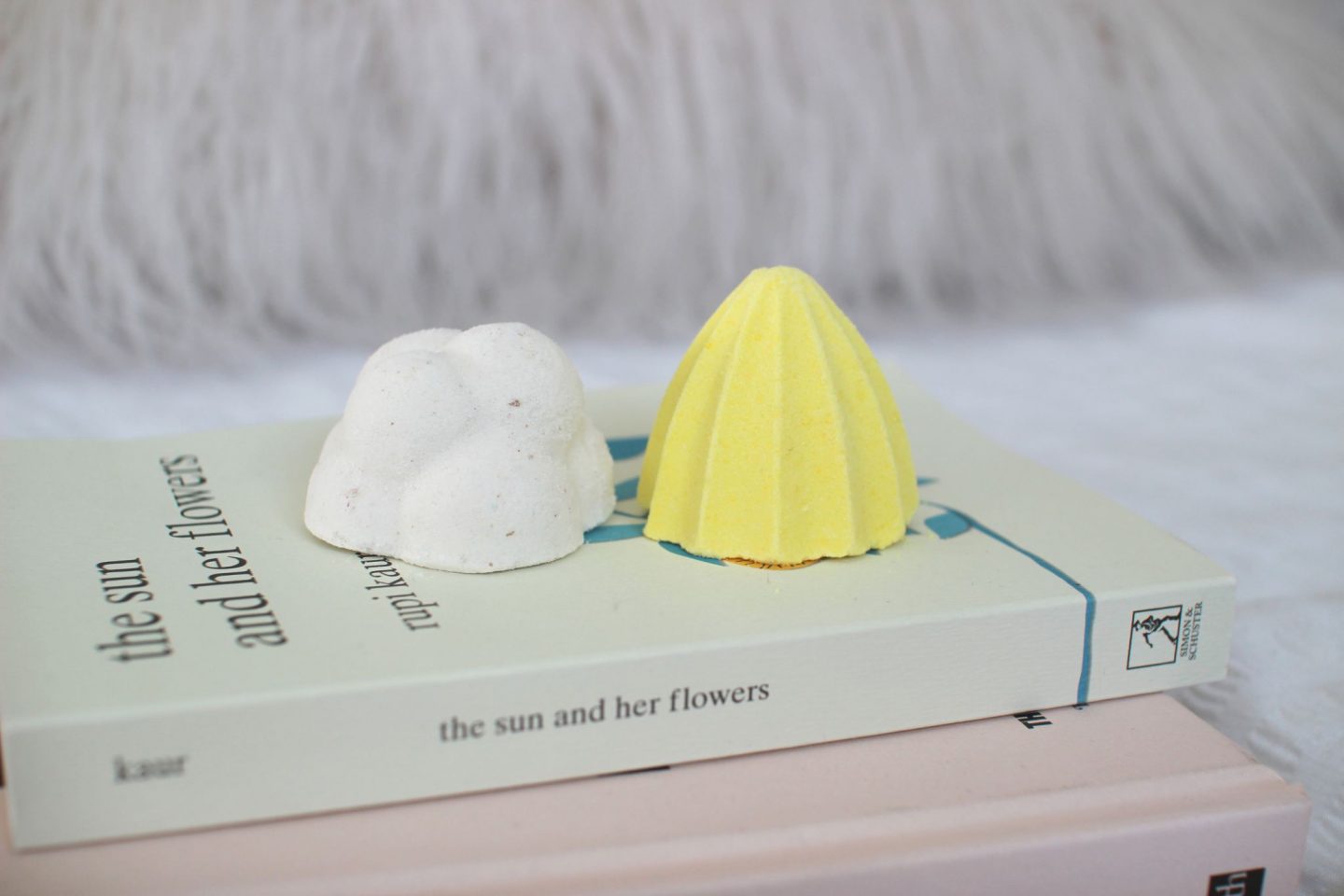