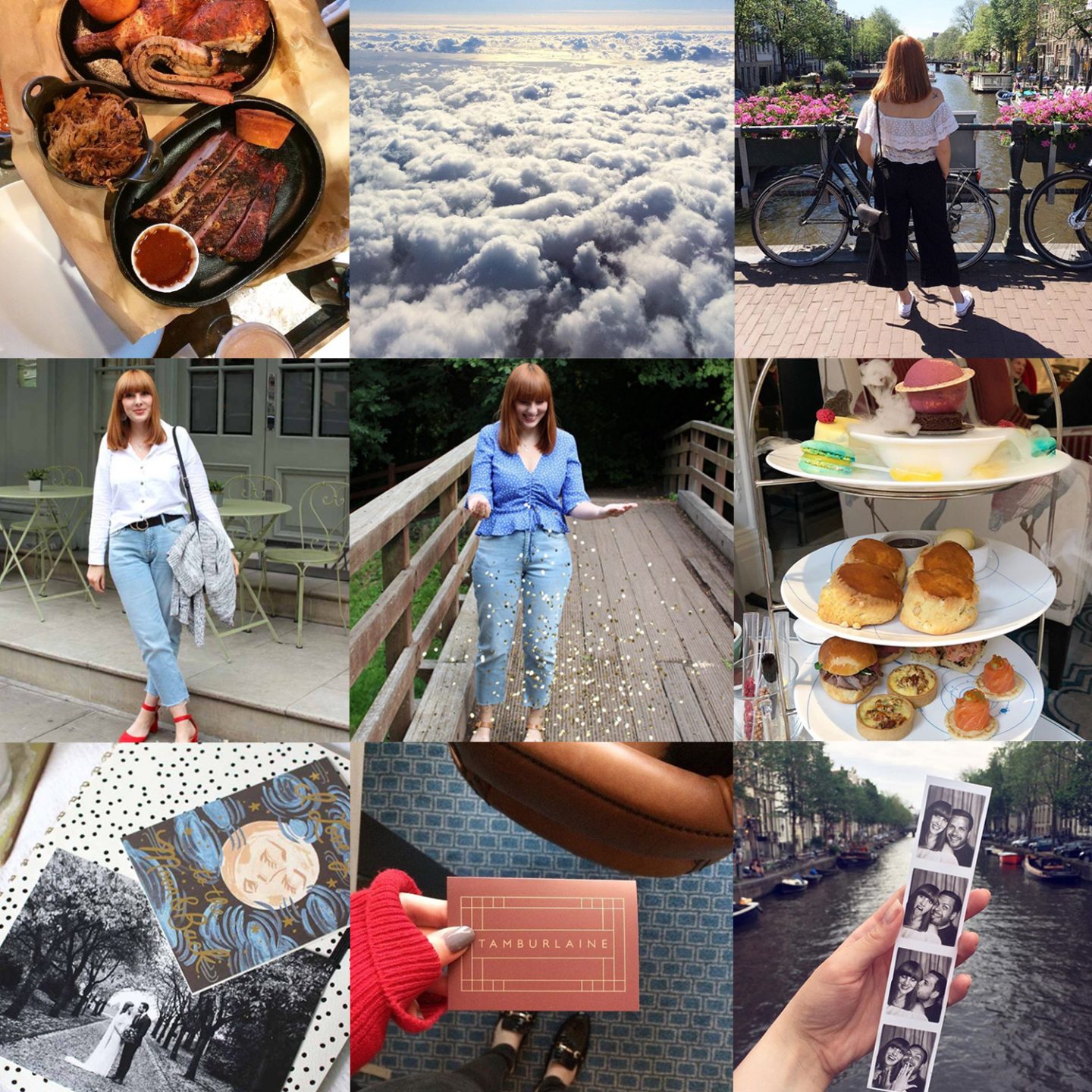 It is just me but 2017 has swung around so fast right?
It’s been a up and down year for me health wise, but I’ve enjoyed it none the less, so many fantastic memories.

January. Let’s start back with January, where me and Joe didn’t do an awful lot to be honest. However I wrote about Turning 27 (a huge deal to me) and how hygge obsessed I was.

February. We flew to Copenhagen at the end of the month for Joe’s 30th birthday and embraced the hygge lifestyle. Another great memory was going into London with my two close friends Hanna and Fee going Pokemon Go hunting, eating at Big Easy, drinking prosecco and watching fifty shades darker. Another great time was organising and surprising Joe for his 30th birthday a meal with over 20 people at Burger & Lobster and sipping on amazing Hotel Chocolat hot chocolates.

March. The month that I had sadly had a car accident – wrote my car off. Not a great time or month as I was dealing with a bunch of other stuff. But it was a learning curve for sure. I did loose my confidence a hell of a lot, but looking back I would of told myself ‘you can get through anything and you will.’

April. A quiet month on the blog. I was dealing with a lot personally.

May. Another quiet month, however I do remember going into London for Beth (a friend’s) birthday going to Bubblewrapwaffle for waffle’s and going to Balle Ballerson afterwards which was fun.
Also went to Nuremberg for the weekend to visit Nicol, Matt and Oscar – ended up being invited to a german wedding which was a great laugh!

June. Joe and I had a London day out, went to Farm Girl and then to Mr Foggs Gin Parlour which was fun! We also went to Amsterdam for a couple of days which was lovely. I remember eating at this amazing food market named De Foodhallen as well as this cute coffee shop called Sticky Fingers. To be honest, Amsterdam’s food was incredible.

July. I started my slimming world journey with my mum back in July and lost quite a bit of weight, however, sadly put it all back on – blaming Christmas and my medication.
Also, discovered Viento – a local coffee shop near by that I love, as well as Peggy Porschen cakes.
Another fond memory was celebrating Hanna’s birthday up the shard silent disco style – so much fun!

I was really into Minimalism back in July too – saved so much money by not spending!

August. I had my second Endometriosis operation back at the very end of July and was recovering through till August. Although it was a tough time, it was also a very exciting month as mine and Joe’s wedding got featured on lovemydress, as well as this my blog having a make-over!

September. I celebrated my blog’s third birthday, hooray! It was also mine and Joe’s seven year anniversary where we celebrated in style at the Rosewood Hotel and ate the most incredible Art Afternoon Tea! I remember the day well, we walked from Euston to the hotel and back and discovered some amazing parks like Tavistock square with the ghandi statue. I was actually really unwell on our anniversary so we had to cut our anniversary day short sadly but it was lovely otherwise.

October. October was all about getting better – I was hospitalised and it was a tough time. I was discharged from hospital right before my birthday which I was so happy about as Joe had planned a surprise day out for me in London. We watched the Lion King, ate these incredible eclair’s and ate steak at Hawksmoor. It was the best day! I also remember a few days before my birthday I had some of my close friends round and we had such a good time chatting, playing games and eating pizzas!

November. Nicol (my best friend) and I had a girly day out in London, we dined at the Ampersand Hotel and indulged in Science Afternoon Tea and had a shopping day afterwards.
I also started my new job – I am now an Email Designer and loving it so far – my team are so lovely!
Also, Joe and I celebrated our one year wedding anniversary in Cambridge at the incredible Tamburlaine hotel. It was such a lovely get-away stuffing our faces with Nandos and sneaking cava into the cinema.

December. Settling in to my new job – getting more and more confident with HTML. And having a lovely Christmas break with family in Corby and Watford.
New year’s eve was an amazing day, Joe and I went to Flat White for our caffeine fix, then on to The Duck and Rice for some amazing food, then we met up with Tim and Steph for cocktails at Bar Americain. Afterwards, we went to a house party with some of our closest Watford friends which was great fun. So overall a fab way to end the year.