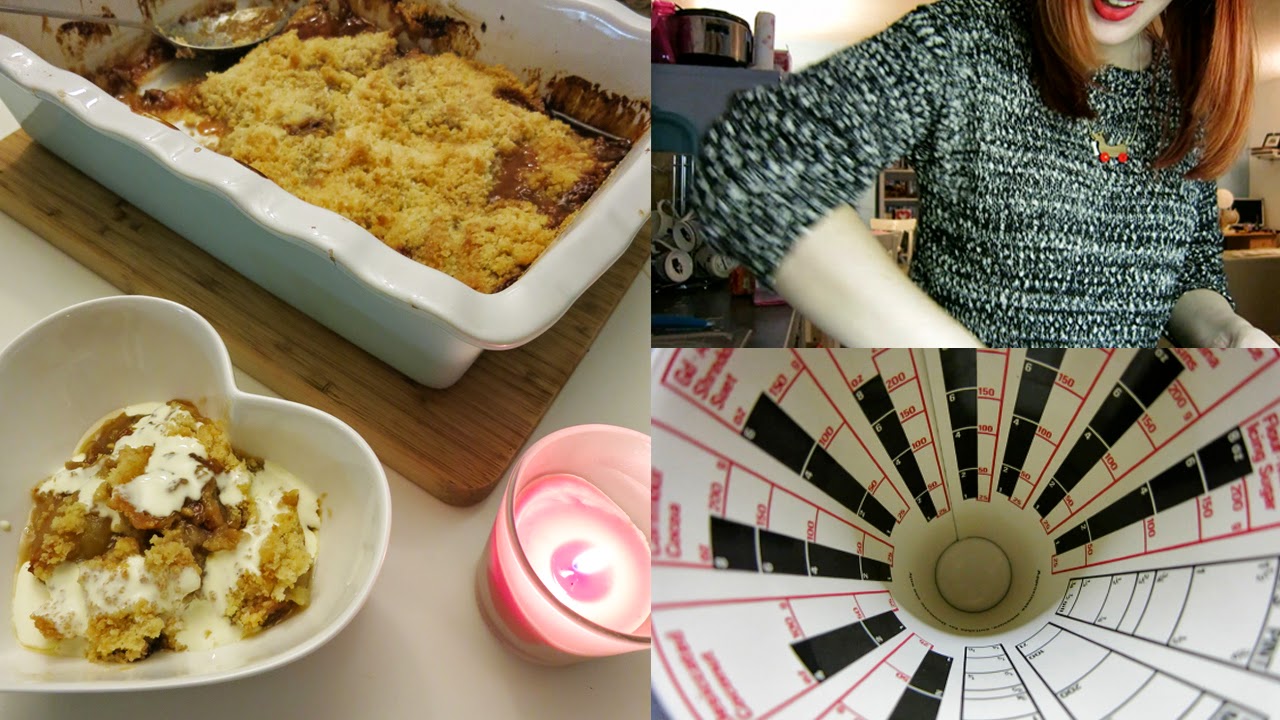 A little earlier my latest vlog went live. I filmed this during my week off work, which was in fact last Tuesday, the 28th of October.

Any who, I decided to do something a little different on my channel, I filmed myself baking a salted caramel apple crumble in the second part of my vlog. I did have a bit of a salt disaster but all turned out well and it was really scrumptious!

I really enjoyed baking, filming and editing it! I think it might possibly be the best edited video I’ve done so far, so I really do hope you enjoy it! 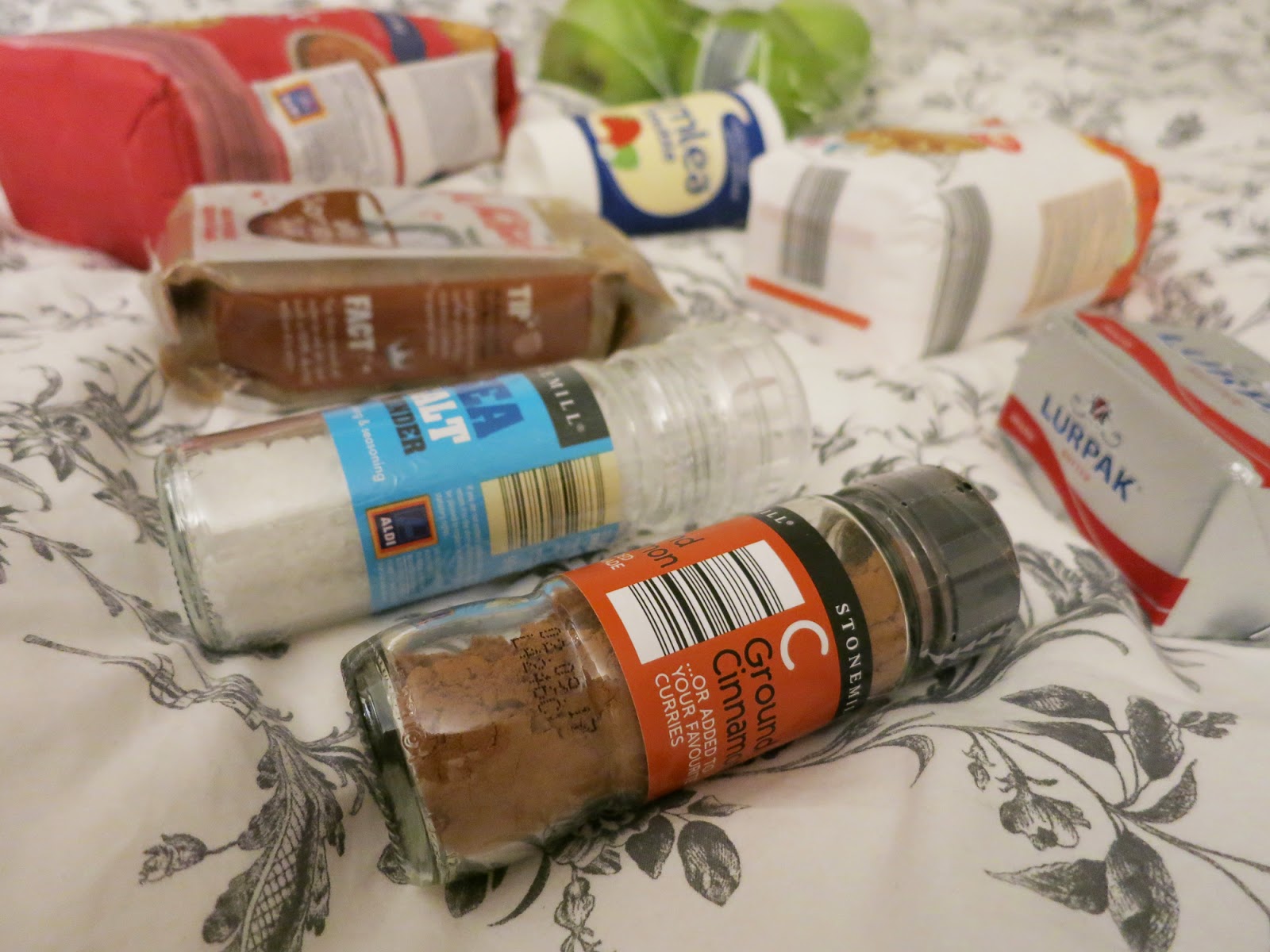 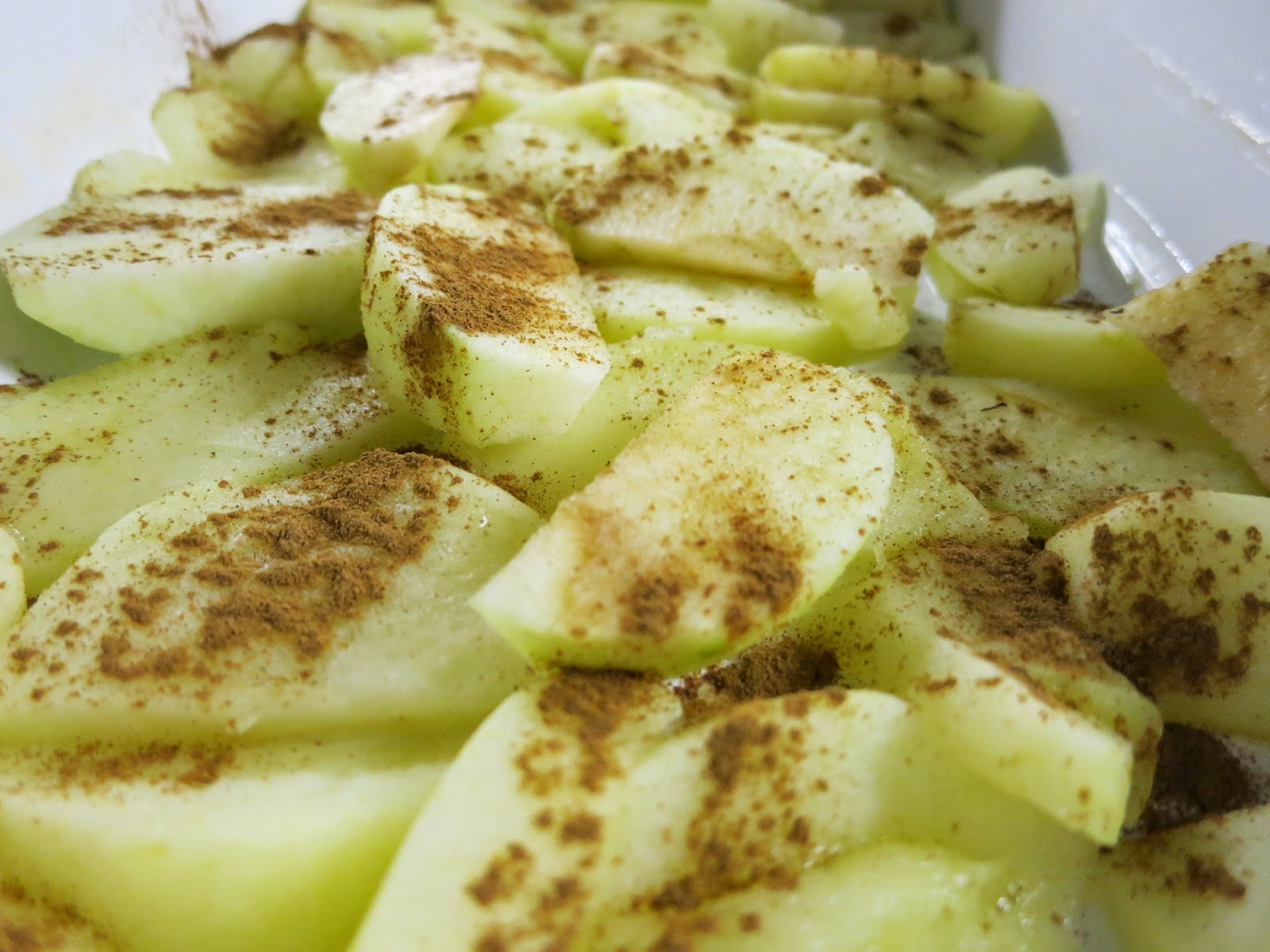 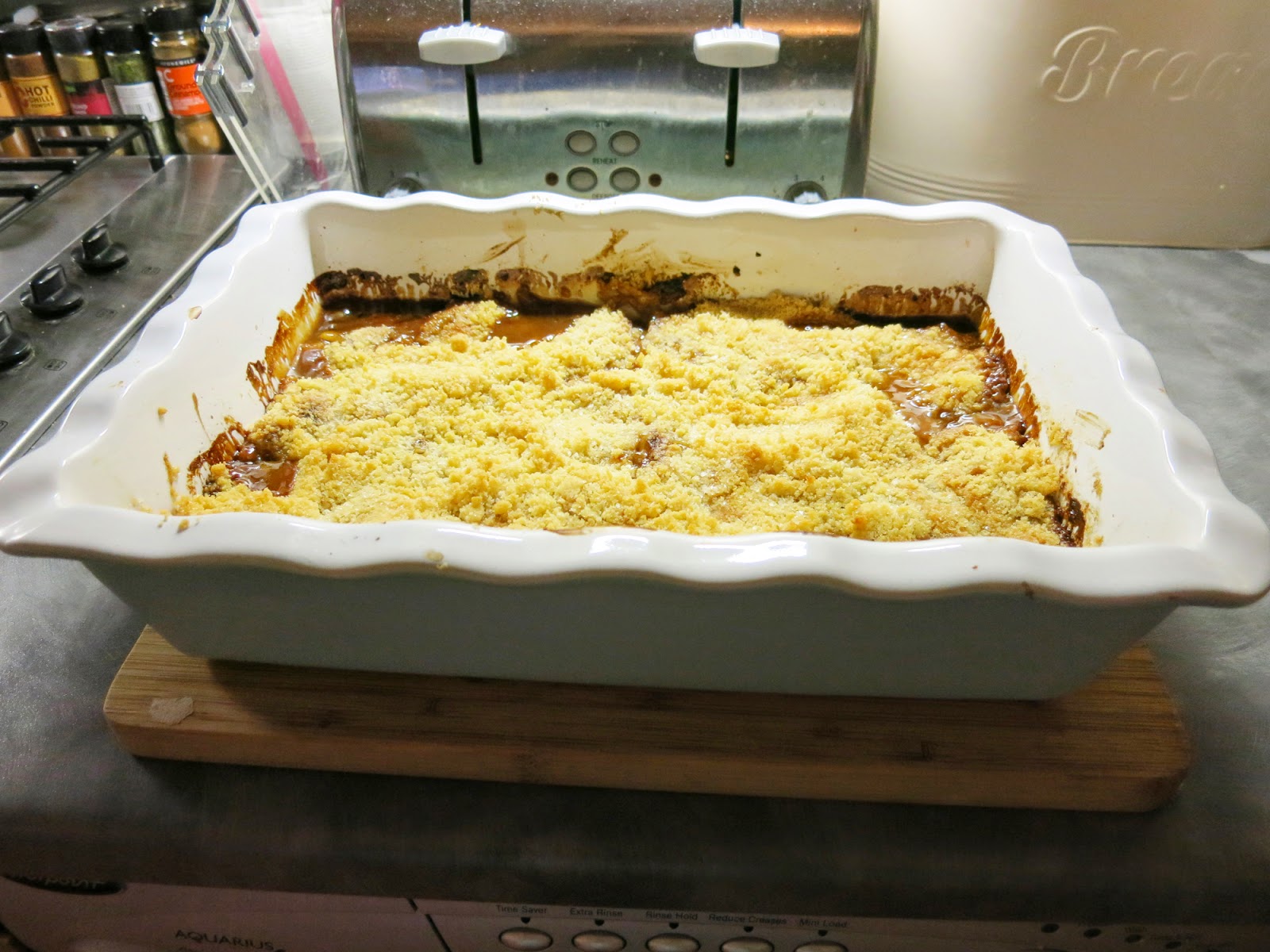 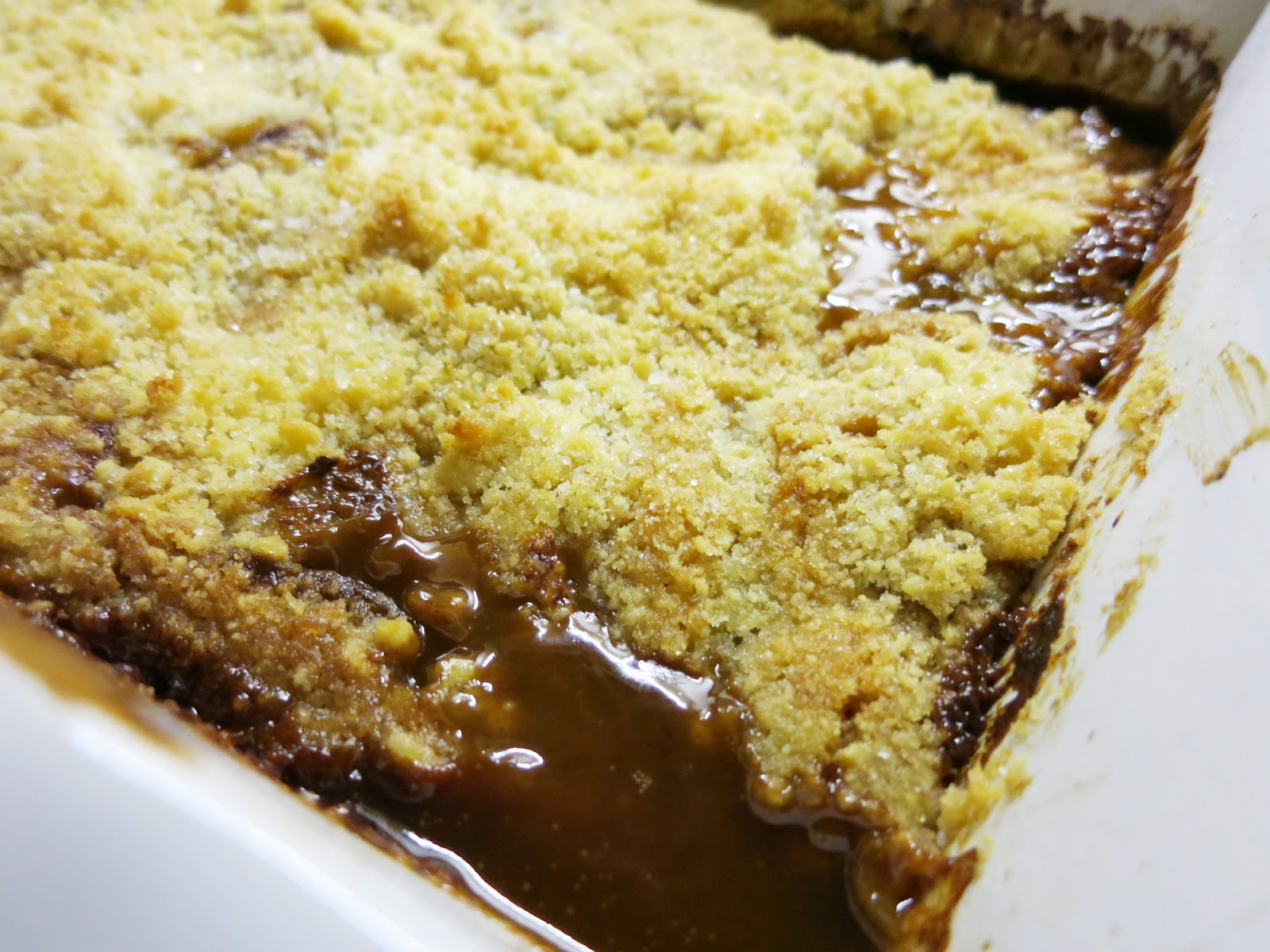 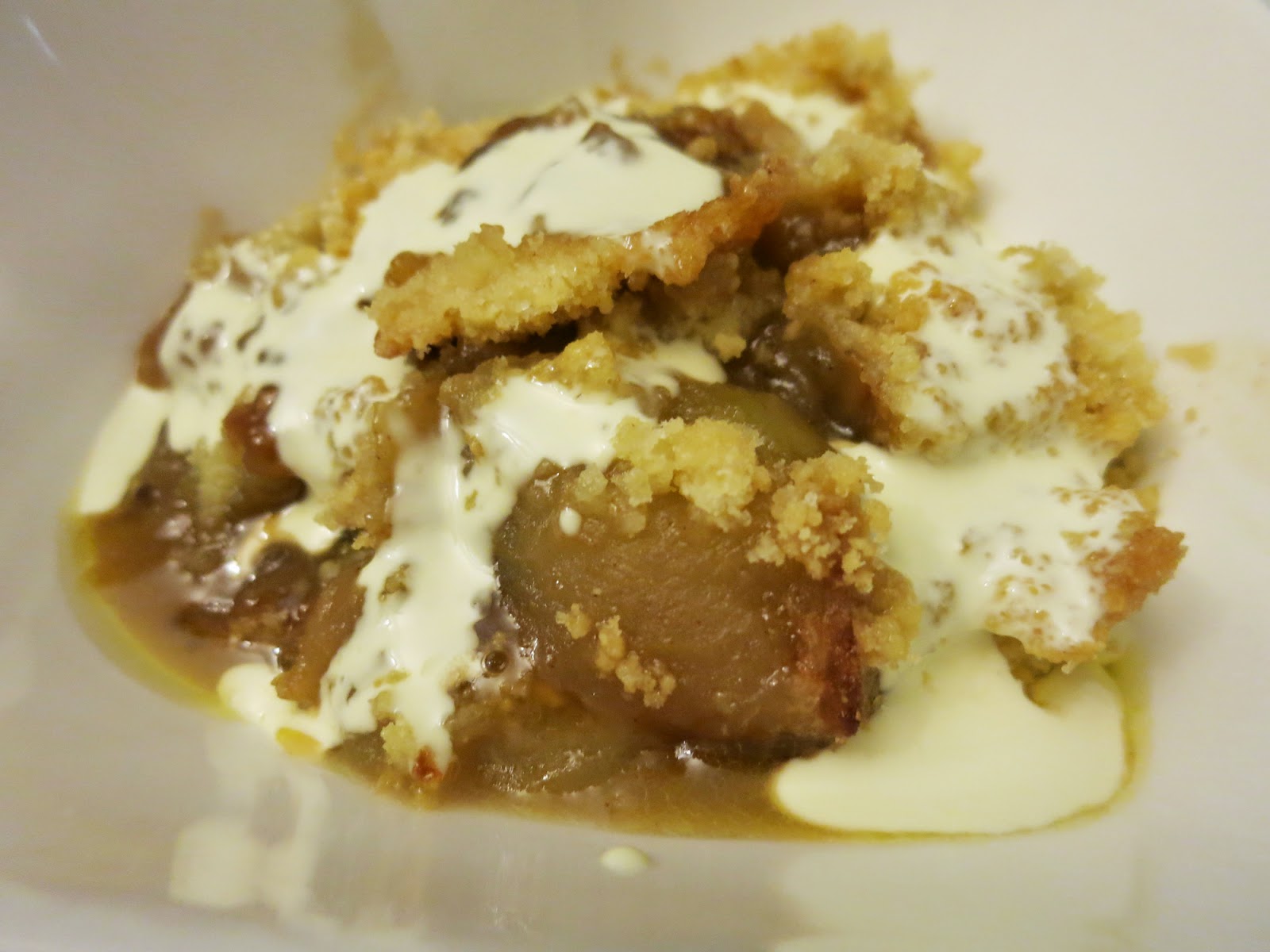 The Recipe
(From Nouvelle Daily)
For the Crumble:
1 or 2 large Bramley Apples (I used 4!)
180g flour
60g caster sugar
110g butter (chopped in to small chunks)
sea salt
ground cinnamon
For the Caramel Sauce:
120g butter
120g brown sugar
100ml cream
Step One:
Preheat the oven to 180C and grease a medium sized dish.
Step Two: Core and peel the apples, then slice them into medium sized slices. Whack out the vegetable steamer and steam them for 2-3 minutes. Alternatively boil them in water until almost cooked through.
Step Three: Add the flour and chopped butter to a mixing bowl and mix it up with clean hands. Working the butter in to the flour until it looks a bit like crumbled cheese. After that is completed, add in the sugar and stir well. Leave to one side once completed.
Step Four:
In a saucepan over a low heat, add the ingredients for the caramel sauce and keep stirring until it starts to boil. It should have a sauce consistency.
Step Five:
Time to layer! Place your steamed apples into your dish and then sprinkle with a touch of cinnamon. After that is done, cover with a small amount of caramel sauce, before throwing over some sea salt. Add another layer of apples and cinnamon, then caramel sauce and sea salt – keep on doing this until you’re out of apples.
Step Six:
Layer on the crumble mix. You have the option to drizzle more caramel sauce on top. I chose not to but do whatever you prefer. And, finally, sprinkle on a touch of salt.
Step Seven:
Nouvelle suggest placing the dish in to the oven for 20-25 minutes, but I chose to do it for 45-50 minutes as I wanted the crumble to be crispy and golden.
Once it’s all lovely and baked, leave to cool for 5-10 minutes and then serve up with a big dollop of whipped cream, custard or ice cream!